Dr. Scott Moore grew up all over the place but lived longer than anywhere in Charlotte, NC. He earned his Doctor of Chiropractic degree from Sherman College of Chiropractic in Spartanburg, SC where he met his beautiful and charming wife, Kallie. In addition, Dr. Scott is a 2000 graduate of the University of Tennessee with a Bachelor of Science in Business Administration.

Dr. Scott had a chronic and involved low back disc injury at the age of 13. At 27 years of age he was adjusted and found that chiropractic care was the only treatment effective at ridding him of his off and on debilitating pain (incidentally, he hasn’t had the issue reoccur since he’s been under Chiropractic care!).

Chiropractic truly worked for him causing this to heavily pique his interest in the profession. Dr. Scott is a passionate musician who also enjoys hiking, sailing, soccer, running and staying active in the outdoors. 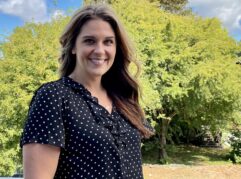